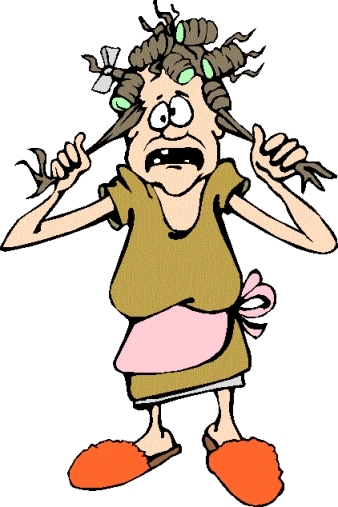 When I hear the following words come out of one of our clients’ mouths,

………I shake in my ugh boots and hope that they have really thought seriously about this decision.

Being very aware of how to effectively run a company’s social media strategy, my immediate priority is to make sure that I am advising clients in the best possible way to ensure that they are positioned to highlight their brand in the social world in the smartest and most professional way whilst making sure that they eliminate any possible risks that may leave themselves open or liable for legal action or bad PR.

The decision on who should manage your social media channels is not actually ever about the age of the person, but what skills, experience and dedication they bring to the table. When saying ’18 year old’, I don’t mean the age, but really I am trying to make a point that so many people think that the younger the person, the more socially savvy they are. They may be socially savvy with their friends but are they socially and business savvy ???

With this in mind, we ask our clients the following questions about the person that they want to hire or appoint to look after their social media;

“Does this person have the experience and skill set that includes all of the following?
1. complete understanding of the legislation and regulations surrounding your business;
2. complete understanding of your business’s overall values and business strategy;
3. superior communications skills that are both mature and social so that they can reflect your brand;
4. depth of experience using higher level customer service skills and etiquette;
5. the ability to handle your business’s public relations and/or media relations in sticky situations;
6. the ability to manage a complaint so that it does not escalate, whilst ensuring that your brand stays true;
7. the ability to manage a crisis at any time whilst thinking on their feet;
8. a level of humour that can appeal to all followers without offending anyone;
9. the ability to understand and interpret the analytics and measurement tools that come with social media;
10. the ability to turn opportunities into business revenue;
11. the ability to turn prospects into customers;
12. the ability to work within and in line with a social media strategy;
13. the maturity to separate business from personal ‘Facebooking’;

If your social media person does not come with these skills you could be setting yourself up for a legal or a public relations nightmare.

It’s actually not about what age the person is at all. I just wanted to make a point that just because a person loves Facebook or says that they are great with Facebook, does not mean that they can represent your brand professionally on the world stage.

We have so many examples of sticky situations or possible PR nightmares that have arisen that had to be handled with the expertise of highly effective, aware and savvy marketing/customer service people. We have been able to save many businesses from disasters by assisting with social media strategy. Trust me, you need a person who can truly represent your brand professionally.

DO NOT HIRE SOMEONE JUST BECAUSE THEY ARE ACTIVE FACEBOOK USERS. Use the list above to see if your social media person has ALL of these skills !

You can call us at Social Media Now for advice any time if that helps on 0417 223 286.
Socially yours – Jenny (Social Media Now)
www.socialmedianow.com.au

Just recently we had all of the company cars decked out with our company branding!  The White Now-mobiles got a purple and yellow wizard, whilst the Social Media-machines received the purple and turquoise Social Wizs, along with web addresses etc, etc!

I personally live in a busy street in the Inner West of Sydney, one that people wander up and down each morning and evening, to/from Victoria Road, to/from bus.  The day after my car had been done, it was parked in the driveway as I diligently worked from home (at least that what I told the MD I was doing) and yet it managed to earn the business some money!

You see, a lady wandering past my driveway on her way to her part time job in the city noticed my car and something about the little bare-bottomed Wizard (oh, I forgot to mention – Social Wiz and Wiz have dropped their cloaks in the name of promotion) drew her attention to the message plastered ALL OVER my car!  She then proceeded to look us up on the web once she got to work and made contact with us through our “enquiries” email.  The rest, as they say, is history……….she has signed up as a client and we are working hard on designing, developing and delivering a social media strategy and presence for her business.

I have always been an advocate for NOT plastering a car with stickers (more from an obsessive-compulsive stand point when it comes to my cars), but since Social Wiz and I have started ‘driving around’ town together, he and I have started to gain quite a lot of attention and not due to my poor driving, I might add.

So, if you happen to see one of the White Now-mobiles or Social Media-machines out and about, give us a wave or let us know where you saw us.  And if you are ever thinking about getting your car covered in naked bottoms or just stickers in general……..I can tell you from experience that it works!!!

Social Media can cause some serious anxiety. We know this because at Social Media Now, we’ve had so many debates with Managers, Directors and other decision makers who simply see no benefit at all in using Social Media to assist their business growth. The behaviours they demonstrate span from a mix of anxiety to a lack of understanding right through to a dogmatic denial that social media is in fact a part of the future of business.

So, can Social Media really help your business? You bet! Check out our ‘Embracing Social Media Now’ story in the February 2011 edition of Club Life. CLICK HERE TO READ THE ARTICLE….. thanks to our team’s fabulous Brand & Imagination Manager, Tania Paccanaro for her wisdom with this …… Call us NOW if you need help with your social media strategy.

Sometimes visuals speak louder than any words EVER can.  If you are not on top of Social Media and being smart about it, then you WILL be behind your competitors.  This video will make you think !

For HELP, ADVICE and to LEARN about Social Media, contact Social Media Now (SMN) through www.socialmedianow.com.au or follow SMN on www.facebook.com/smnow or www.twitter.com/smnow

I had an ENLIGHTENING experience recently.  I’m NOT ashamed to blatantly praise a company through this blog as they simply deserve it.  In turn I’m not going to ‘name and shame’ those who have no idea what good service means.

Recently we were looking for a person or company who could help us her e at The Now Bunch with systemizing and organizing our computers, wiring and cables in our offices.  We were about to receive new desks in 3.5 weeks and needed to get this sorted prior to their arrival.  This seemed enough lead up time to secure someone to help us for a couple of hours !

We have over 1400 friends through our different Social Media channels so we thought we would go to them and ask for referrals from them so that they could continue to build relationships as well.  We posted a simple call out “Who knows of a good electrician or data cabling person or company who can help us sort our office out ?”.

We received many replies back which equated to 7 names/companies for us to contact.  Being as diligent as we are and respecting the advice from our ‘friends’ we contacted each of the 7 suppliers.  It is important to note that with everyone we talked to, we let them know that they had been recommended by a current client of theirs.  Here is the outcome from each;

Suppliers 1 & 2: We left a message on the voicemail of 2 suppliers and neither called back.

Supplier 3:  This guy said he was busy for two weeks but would call in a week to book us in – he never called back.

Supplier 4: They took down all our details (the wife of the sparkie was on the end of the phone) and she promised that her husband would call back either that night or in the morning.  He never called back.

Supplier 5: We called him and he did not have a pen, so I said that I would text him my name and number and also email him with our details, which we did. He was very happy with that, but …. You guessed it, he never called us back.

Supplier 6: We called this company who said that they would send someone on Friday at 10am.  We waited. No-one showed and no-one called. We never heard from them again.

I was over it and it was now only a week until our desks arrived.  I just wanted to give someone money to do some work !! With cap in hand and frustration oozing, I went to Toby, our CEO and asked if he knew anybody.  He said that he had used a guy when he was at Tradies who owned a company called WED Group.  The guys name was Matt Worthington.  Toby said that he always did what he promised he would do.  Toby gave Matt a call.  Here is how the journey with the WED Group went …..

Basically, we were blown away that this company, who I had never heard of before, did everything that they said they would.  That is all that I asked for ! How can I give back to a company that simply did the right thing by us and demonstrated exceptional service?   Firstly I bought the team Vietnamese pork rolls for lunch whilst they were in the office (every blokes favourite lunch I think), I then drafted a banner for them to advertise their services with us and now I am writing to tell the world about them.  This is what great service does to others.  People like me want to put others on a pedestal when they go beyond the call of duty.  Don’t you want to tell everyone about truly exceptional service?  Congratulations Matt Worthington and your team.  You blew us away !  It is a pleasure to have met you.

You can find Matt at http://wedgroup.com.au  – say that that White Now recommended them  – because we DO!