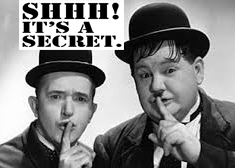 Recently I had an email from a candidate that really made me think ! The email read;

“Please find attached my resume for the position of General Manager at XXXX Club.   Please note: I do NOT give permission for White Now to provide my details to XXXX Club unless confirmed in writing prior”

Now, this puts us in an awkward situation as we have the task of assisting the club’s Board of Directors (in this instance) with the process of recruitment.  When it is time to look into the ‘shortlisting’ of all applicants for first round interview, we send the FULL list of applicants to the client (in this case to the President).  We are NOT a recruiter that takes a job on board and then ‘hides’ all the applicants from the client and recommends 2 or 3 applicants to look at.  Our clients MUST have input !  We include them from the very beginning of the process.  Why do we do this ? Well, a Board of Directors are the ones who MUST be ultimately accountable for who they employ in a governing role of a Club.  White Now and the Board MUST be transparent in every step of this process.  So, when I received this email I thought…

“What is this about ? How can I move a candidate forward in the process without the Board of Directors knowing who the candidate is?”.

I was simply unable to do anything before I called the candidate to find out why he did not want his information forwarded to the club he was applying for.

A really sad story followed:  The candidate told me how a couple of years ago he applied for a General Manager’s role.  He was called up for an interview with the Club’s Board of Directors, but prior to his interview, his current President pulled him up and asked, why he was looking for another job ?  The President of the Club he was to interview with had contacted the President of his current employer, to do a reference check on him, without his knowledge or approval !

The candidate had NOT, verbally or in writing,  given permission for any referees to be called – ESPECIALLY his current employer.  From that point on, his current employer made life very difficult for him in the workplace and he eventually resigned without a job.

When White Now deal directly with Boards, we ask for their utmost confidentiality and ask them not to speak to anyone about the candidates who have applied.  We are very serious about this and ensure that the Board understand their position of responsibility and that ultimately they could be liable for the repercussions if any breach to the confidentiality of a candidate occurred.

Sometimes, a club chooses just to use White Now to place an ad and then they run the recruitment process on their own . It is in these instances we fear that confidentiality is possibly breached. We simply hate it !

Having been doing this role for over 20 years I am SHOCKED  that this behaviour continues to happen.  For those who like to talk about ‘who is going for what job’ and sharing names around about who is ‘in for that role’, it may seem like you are ‘in the know‘ and getting kudos for being so knowledgeable, but PLEASE think about the lives and careers of those who you are talking about.  You could be compromising their jobs and they could be left unemployed.

On hearing the reasoning behind this candidate not wanting his application to go through to the Board of Directors, we thoroughly understood why.  We implore Boards to unconditionally display their confidentiality at all times.

The message we want to get out to everyone in the industry be it Directors, Managers, Suppliers, Industry Associations AND family members of candidates……. PLEASE DO NOT TALK  about who is ‘going for‘ roles or who you think may be applying.  People lose their jobs over this and clubs can be left accountable for their actions.  STOP TALKING ….. STOP GOSSIPING and PLEASE RESPECT your industry colleagues who do not take their applications lightly and commit time and effort in applying for their next dream position.