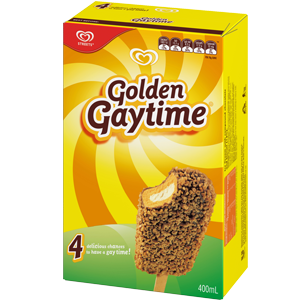 As you know, we are super active on many social media platforms. We boost our client’s job vacancies to a targeted audience in the area where the job is at.  I had a very interesting response to one particular post that was targeted to outback Northern NSW that really made me think.  The gentlemen are commenting on the company name, WhiteNow.  Here is the commentary:

So, what I can assume from the comments are:

Upon researching the respondents I discovered that:

After I responded to the comments, they did not respond back or ask any further questions.  No-one has made comment to me on the company name “WhiteNow” in its 20  plus years of being in the market place but that doesn’t mean people haven’t wanted to say something, so I best take these comments seriously and think about it and see if there is any action I should take.

My immediate thoughts were; “well the name of the company is White Now and is named after its owner and founder, Jenny White.  So how is this a bad thing?”

The funny thing is that about 3 or 4 years into White Now trading, I thought “Oh gosh I wish I had called the company something totally different that reflected what we did”….. BUT it was too late.  Upon talking to our clients and colleagues, we realised that we had marketed the brand so damn well, with its logo, exclamation mark and wizard at the forefront, that it was too late to re-brand and change the company name.   WhiteNow had already cemented itself in the hearts of our clients and candidates and, if you look at who the brand has touched to date, it is well over 560,000 people.  That’s a lot of people to consider when you want to flip into a new brand and how many people could we lose if we did go ahead?  So, we stuck with the name WhiteNow and continued on living in the hearts of our industry family.

I have never even thought that the name could be considered racist or discriminatory in any way, after all it is my name and I have never thought that my name was discriminatory either.  My dad was a hard working medico who had a practice in Surry Hills in Sydney and he looked after so many of our indigenous population and, plenty of ‘ladies of the night’ as he called them.  I never heard anyone mention that Dr White was racist because his name suggested it!

So the comments were enlightening.  I actually understand what they are pointing out, but of course, it is not our intention to be racist in any way and our success and care of our clients and candidates proves this.  But what should I do about it ??? After lengthy thought and contemplation, I realised that sometimes I have to grin and bear the one and only incident where negative comments were made against our brand and just be sensitive to those who may think this in the future as you just cannot ever read other people’s minds!

Should we change our brand and company name? Well, as I said, WhiteNow is deeply ingrained in me, in our customers and in our industry and that is how it will remain.

The lesson learnt was to take feedback, understand the person’s perception as to where the feedback comes from, analyse it, and make the best decisions regarding the feedback for your own business.

I did think about how many other companies are named after their founders and what people may think of them AND those companies that had names or product names that may also be seen as discriminatory.  Here is my extensive list and if I were any of these companies, I would not change my name nor brand either;

And then there are those companies named after their founders:

Thank you to everyone who offers feedback for us to think about.  We will keep on being who we are, living our values and doing the best we can for our industry.

Jenny White (yes, that is a colour as well as a last name)
Owner and Founder of WhiteNow