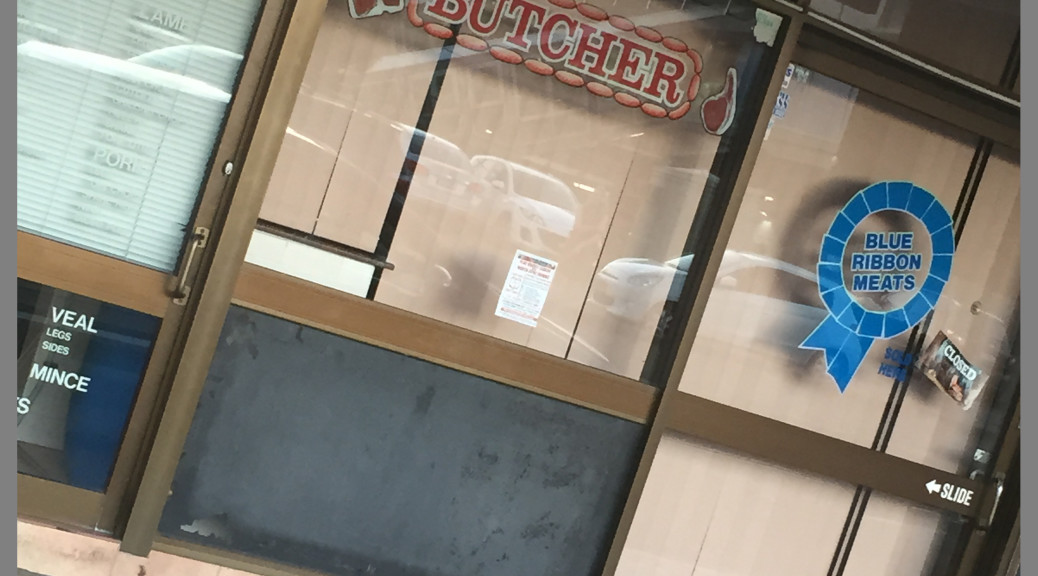 At the start of this month I made a conscious effort to support small, local businesses. It was my month to give back to those

who are making a go of it, often on their own, and have fought many obstacles to try and succeed.  I appreciate this having run my own business for almost 20 years.  Business owners are dedicated and work so hard.

Often before work I stop at the local Lebanese bakery and pick up some ‘Leb bread’, hommous and garlic dip for the night’s dinner.  I always have mince in the freezer and Lebanese ‘7 spice’ in the cupboard to make my own Kafta to go with dinner.  Someone told me about the butcher that was two doors up from the bakery and said that his meat was nice.  I always looked at that butcher and thought “gee he has hardly any meat on display – he must be struggling to make ends meet”.  This morning I decided to support him by buying my week’s meat from him.  I chose his ready made Kafta, some lovely looking rump steaks, a bunch of sausages, lamb chops and a small pork roast.  The total of the purchase was $72 ish.  I went to hand my card over and he said that he only takes cash. Upon questioning him as to why, he said that ‘Credit Cards are too much of a hassle and it’s not worth it to me’.  I explained to him that I had no cash on me and I was about to make him my new butcher.  His response was “oh well – it is not my fault you didn’t see my sign there that says cash only”.   I gave the logic one more go and said “I’m not the best at maths but I’m pretty sure that if I buy this amount of meat from you every two weeks, then that’s about $1,800 a year you’re missing out on by not taking credit card”.  He said, “oh well, it’s my policy“.   I handed the meat back.

Imagine the lost revenue to this tiny business if just 10 people had the same experience as me, yup that’s about $18,000 pa going somewhere else but in his hand.

How many other customers had said the same to him ? How many times had he not listened ?   As the world moves rapidly to a cashless world, how long will this butcher survive ?

Moving with the times and meeting the expectations of customers that truly want to give you business is the only way to do business.