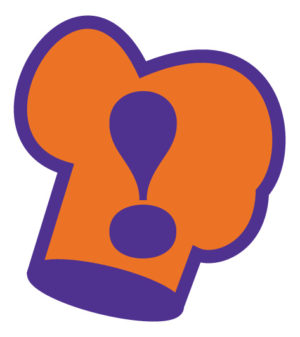 Give this a go… try Googling ‘Chef Shortage Australia’ or ‘Demand for Chefs’ and these are the type of headings you get in return;

White Now  certainly hear your frustrations at trying to find chefs, cooks, apprentices and in fact anyone at all with a qualification relating to the kitchen ! We know the amount of job vacancies available for these roles and they increase weekly.  It is pretty true to say that the more ads there are for a position, the more evident shortage and desperation is to fill that position.

As the headlines above highlight, there are a multitude of reasons why there is a shortage of people wanting to work in our kitchens.

Here are just SOME of the reasons why WE think people don’t want to become Chefs / why we cannot find Chefs : AND HOW ABOUT THIS FOR GROWTH ……. Everyone will be wanting more and more chefs !

WHAT DOES THIS ALL MEAN?

There are reports, studies, trend analyses, market research, statistics galore that show that we are currently short 38,000 people to fill job vacancy positions in the hospitality/tourism sector. The ‘Australian Tourism Labour Force Report 2015 to 2020’ for the Australian Trade Commission, Austrade conducted by Deloitte Access Economics gives a key finding that “In the absence of any change in policy or industry initiatives it is expected 123,000 new workers will need to be sourced in the tourism industry by 2020″.  Put simply, we interpret that to mean “if we do nothing now, we will not be able to find any chefs in our country at all”.

This report goes on to show that ‘These shortages are concentrated in NSW, Queensland and Victoria which have a combination of large employment and high vacancy rates’ and that ‘Businesses in the café and restaurant industries reported greater labour market difficulties relative to those in the accommodation or attraction industries’. This is also inclusive of the club sector.  ‘An inability to find workers with the right skills was the highest rated reason for difficulties in recruiting staff’. We hear this all the time at White Now, with other concerns, also supported in this report of ‘the lack of suitable experience’ and the ‘lack of access to training, a lack of quality training or a high drop-out rate from training’ leading to skills deficiencies.

The recommendation of all this research ‘Reducing these shortages will need more than just the direct employment of 38,200 workers, as increased output will be required from industries that support the tourism sector’. As we see it, that’s neither going to be a quick, cheap or easy solution.

Looking into skills training has lead to a report from the Apprenticeships Reform Advisory Group to the Minister for Education and Training that, ‘the views of industry on three vital areas of reform within the apprenticeships system (recommend) the restructuring of apprenticeship incentives; a new pre-apprenticeship programme; and piloting alternative models of apprenticeship delivery’. The list of key findings and recommended actions from this report are also neither quick, cheap or point towards any easy solution.

Where do we start to find people for jobs in the hospitality sector? The Australian Trade Commission’s ‘Tourism and Hospitality Careers’ report from Colmar Brunton, suggests promoting these careers to;

a) The future workforce of years 10/11/12 students. The findings from this group were that, “The key benefits of pursuing a career in the sector included the diversity of roles, opportunities for travel and the perception of many entry level roles across the sector (including those that require minimal training or qualifications). Key negatives of potentially working in the sector were identified by students as long and unsociable hours; having to deal with difficult/rude/demanding customers; low pay (relative to other sectors); and lack of opportunity for advancement in a reasonable timeframe. For the majority of students, career opportunities in this sector were simply not on their radar.”

b) The parents of the students in Years 10/11/12. The findings suggest that, ‘although parents would encourage their children to seek work in the sector to support them through study or other life goals, there is more reluctance to support a career in the sector given its perceived lack of sustainability and opportunity for growth and career advancement’ along with, ‘a fear that they would need to work hard at a low level for a long time to progress anywhere’, ‘perceived poor pay means that it may be difficult to support themselves’, ‘the perception that the sector can be tenuous’ and ‘that other pathways offer greater job security’ and ‘that there is often a drinking/drugs culture in the hospitality sector and wanted their children to steer clear of this’.

c) Mature age workers (unemployed and underemployed). ‘Are willing to take up roles within the sector (and undertake training or re-skilling to do so), but are very cynical that employers in the sector would be genuine in offering them roles or invest in training & developing them’.

d) Those aged 25-35 who have left the sector in the past 3 years. ‘These participants were still able to readily identify a number of positive aspects of working in the sector’ however, ‘left the sector due to unsociable hours, low pay, perceived exploitative practices by some managers, and frustration at a lack of opportunities for career progression’.

You think it’s difficult to find a chef, cook or apprentice NOW … well what about in the coming years … it ain’t getting any better!!… Who has the time, money and resources to get people into the industry and keep them in the industry for the future of our industry ?  Attracting Chefs is NOT just about creating a great workplace culture, that is a given these days.  It is FAR BIGGER than just doing that …. much more serious and the strategy has to be much more long term.

WE ALL HAVE OUR THINKING CAPS ON to see what we can do and how we can think AND act outside the square – you too need to do this AS SOON AS POSSIBLE ……  If you are a hospitality leader then you will also need to think differently to combat this problem.

OUR PROMISE TO YOU: ……. AS SOON AS WE HAVE THE ANSWER TO THIS WORRYING PROBLEM  … WE WILL LET YOU KNOW … WE PROMISE

To chat further about this article or ask us any questions regarding the Chef shortage , please call either David Younie or Jenny White from White Now on 02 9807 1806.