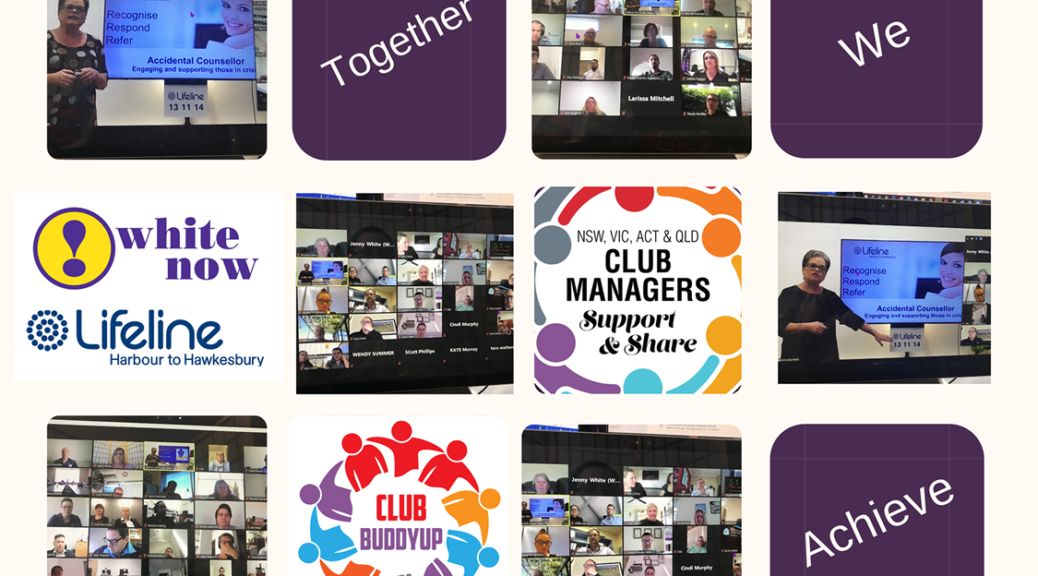 With more than 1,000 members, the NSW, VIC, ACT & QLD Club Managers Support and Share Group is a Facebook forum of great significance within the Australian Registered Club industry, and never has it proved more active and valuable, than through the COVID-19 crisis currently affecting Australia.

The Support and Share Group has been doing just that, supporting managers through the sharing of information about club closures, legislation and interpretations of the restrictions that all venues have been subject to.

Just as importantly though, the Group has in recent months recognised that the support normally given to the community, has actually been needed amongst the members of the Group itself: Some managers have struggled with the challenges that club closures through COVID have brought and, in an effort to address this, the ‘Club BuddyUp’ programme was conceived, which proved to be a big success.

The Club BuddyUp programme put over 40 managers who needed some moral support, mentorship and guidance, in touch with a ‘Buddy’. The Buddies are fellow managers, going through similar experiences and, being familiar with the ongoing challenges, are able to act as a listener, advisor and mentor to those needing help.

What emerged from this initial exercise however, was a realisation by its architect and coordinator, Jenny White, of White Now, that there existed a significant need for more widespread, structured and educated counselling services within the industry.

Having recognised and assessed the need, Jenny then set about finding a suitable course for those who want to help friends and colleagues going through tough personal times. She found such a course, run by Lifeline, named the Accidental Counsellor.

Participants in the Lifeline course are not expected to literally become Counsellors, but their compassionate and appropriate response at a time when a colleague, mate or fellow manager may be in crisis and in need of support, can positively affect outcomes for the individuals involved.

Managers in the group were invited to participate, resulting in such an overwhelming response, that 6 sessions conducted via Zoom, were filled to capacity, with 40 participants in each.

A total of 240 completed the two and a half hour course, which was first put forward to them on September 3rd. The first session took place on September 8th, and all 240 participants had completed the course by October 12th.  Jenny instinctively knew that with every hour that was wasted, there could be the chance of death or falling over of one of her industry colleagues.   Jenny, who is known throughout the Club industry for ‘getting things done’ and ‘never being afraid to make a fast decision’ turned this idea around, to help the industry within 72 hours.

The level of commitment from managers in the Club Managers Support and Share Group has been outstanding. However, going a step further and in an extraordinary display of support and assistance, no less than 20 Victorian Club Managers had their courses paid for, by their colleagues from Clubs in the ACT and New South Wales to show that cohesiveness and support of each other across the industry no matter what state or territory you are from.

It is often stated that adversity brings out the best in people, and in the case of the Club Managers Support and Share Group, there is ample evidence that COVID has done just that. The Registered Club industry has always been a tight-knit, mutually supportive body, but the assistance shown over the past weeks and months has revealed some truly outstanding ‘Accidental Counselling Heroes’.